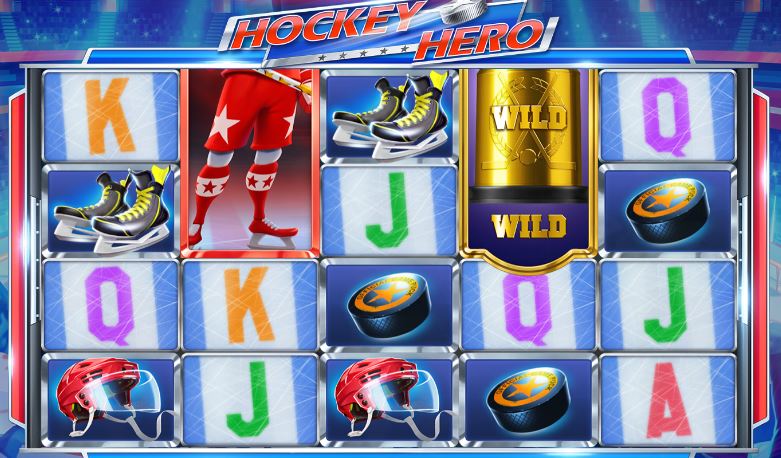 A sporty and sharp slot from Push Gaming

The only big rivals

Push Gaming’s Hockey Hero slot review will begin by looking at other games. That is the only real way to judge how good this slot is. In terms of rivals, there is only one big rival for this title, and that is Microgaming’s Break Away slot. To cut a long story short, the Hockey Hero slot doesn’t have the features to match that Microgaming slot, but it does offer simplistic gameplay which makes it ideal for newbies.

Players operating on shoestring budgets are not going to be overly impressed with the wagering range in this slot. Players can stake anything from a floor bet of 0.40 per spin, up to a rather more luxurious 100.00 per spin. Paylines are non-adjustable, so if you want a cheap and dainty slot to play, this may not be the game for you.

The Hockey Hero slot bonuses are few and far between, and basic but enjoyable. Looking at the Hockey Hero slot game’s wild symbol, you will see that it appears as the Stanley Cup (a major Hockey trophy). This symbol can replace all others in the slot, bar the goal icon. It can also appear stacked on the reels.

Scatter icons appear as goals. When 3 appear on the reels, players will trigger a free spins feature. It is important to note that the Hockey Hero video slot doesn’t cough up scattered wins with its bonus symbols.

In the free spins bonus round, players will get a total of 5 free spins. Players will also prosper from a random multiplier which is added to any winnings you acquire whilst this feature is being played. You cannot retrigger the feature, though, which is a bit of a shame.

Scoring, or scoring an own-goal?

It would be most harsh to criticise Push Gaming’s Hockey Hero slot machine too much. They are a small developer, and this slot does bring the magic, even if it can’t rival other bigger hockey-themed slots. If you want a nice and easy slot machine to play, this hockey-themed slot is ideal. Just be warned that it can be a costly slot in terms of wagers.